This article discusses the technologies used for counting foot traffic.
Technology: There are a variety of techniques that can be used to count footsteps, including optical sensors and acoustic sensors., there is also software which uses algorithms to model human movement.
The main advantage of these systems is their accuracy in estimating how many people have walked past them during a given period. 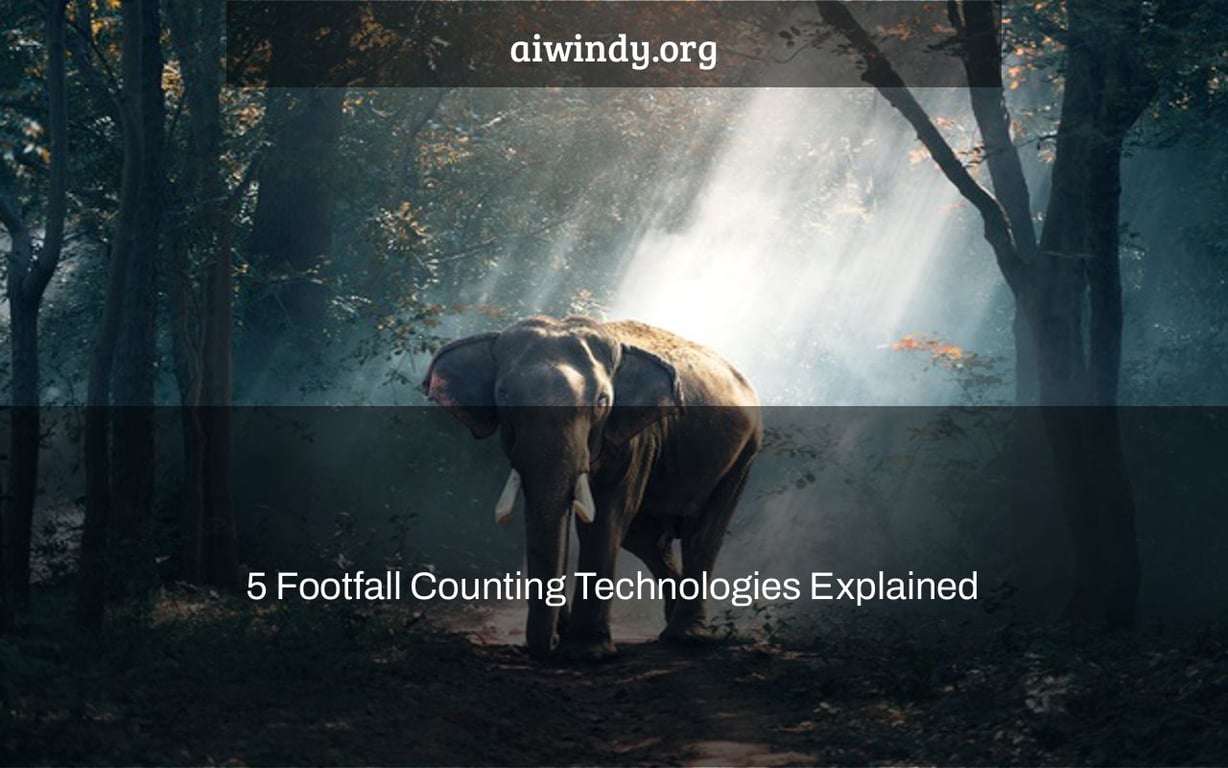 According to Markets and Markets, the worldwide people counting system market is estimated to reach USD 1.4 billion by 2026, with a 9.4% compound yearly growth rate from 2021 to 2026. The implementation of footfall counting devices in retail establishments, supermarkets, shopping malls, and transit facilities, according to the research, is driving the rise.

Continue reading to discover more about people counting and the various people-counting methods used by companies.

What Is Footfall Counting and How Does It Work?

After you’ve learned what footfall counting is, the next natural question is how to accomplish it.

Footfall may be counted thanks to technology.

If you don’t have it, you’ll have to revert to the traditional method of counting: standing at the entrance with a tally counter in hand, clicking the counter for each individual who walks through the doors. It’s exhausting, time-consuming, and prone to human mistake (thus, mostly inaccurate).

The following are some of the most widely used people counting technologies today.

Some of the most basic forms of infrared counting technologies are infrared beam counters. An infrared transmitter and receiver are placed on opposite sides of a doorway in this configuration, assuring continuous IR transmission.

The communication between the IR transmitter and receiver is disrupted when someone walks over the threshold or through the doorway. Every time the IR beam is broken, it counts as one.

The infrared beam sensor is simple to set up and install. It does, however, give the most basic metric of footfall data. It merely tells you how many people were in the shop at any particular moment.

It isn’t the most accurate, either. Infrared beam counters count just one person instead of two when two individuals enter a shop side by side. It also does not differentiate between humans and items such as strollers and shopping carts. Furthermore, when the distance between the transmitter and the receiver grows, the precision of the infrared beam decreases.

The infrared time-of-flight people counter is a step up from the traditional IR beam counter. It, too, is based on IR beam interruption, much like the IR beam counter. Infrared ToF counters, unlike beam counts, construct a field of vision instead than merely counting how many times the infrared beam is interrupted.

IR ToF systems, for example, pulse infrared across their extended field of vision, generating a three-dimensional depiction of the region where footfall is being monitored (i.e., the detection area). Some of its qualities are as follows.

Inanimate things and the ambient temperature are cooler than people. This information is used by thermal imaging people counters to count visits. Thermal imaging sensors, for example, produce a thermal picture and identify visits by using people’s body heat or infrared radiation. They can only count people this way and disregard the furnishings.

Even in well-lit or gloomy environments, thermal imaging people counters perform effectively. Sunlight and shadows have little effect on thermal imaging sensors since they only detect heat signatures.

However, it is not an ideal option for counting people. The device may become erroneous if the ambient temperature is near enough to the average human body temperature. When the venue is crowded, it may be difficult for thermal imaging sensors to count people.

Wi-Fi trackers, on the other hand, count phones rather than people. Phones submit a wi-fi signal probe request every two to eight seconds while their wi-fi is active. The phone’s media access control identity, or MAC ID, is included in this wi-fi signal, and each device’s MAC ID is unique. The MAC IDs of visiting devices are collected and counted by Wi-Fi trackers.

Wi-Fi tracking, on the other hand, implies that everyone has a phone and that those phones are wi-fi capable. As a result, wi-fi trackers are unable to count persons who do not have their phones with them or who have their wi-fi turned off. They also overcount when a person is carrying several devices.

With this strategy, there is also a privacy concern. People are unaware that their gadget data is being gathered, which is an issue.

Closed-circuit video cameras serve as eyes in this people counting system. A person’s picture may be captured by many cameras. These many photos are analysed at the same time, and 3D information about the visitor is retrieved using software.

3D video counts may be quite precise. Artificial intelligence may also help them improve their skills, allowing for more precise data collecting and visitor monitoring.

Store owners, for example, may monitor repeat consumers with AI-powered video people counting systems. They may also use them to track consumer behavior and footfall patterns in-store. They may also use it to screen out anyone who may have come in to use the shop as a shortcut.

People may enter via one entrance and exit through the other in retailers that link two distant regions of a large shopping mall. They may just not want to take the longer route.

Which Technology Do You Prefer?

It’s entirely up to you to decide which technology is the finest. The ideal people counting technology for you is one which can supply you with the information you want from a footfall counting system.

The “footfall software” is a tool that can be used to count the number of people who have entered a specific area. Here are 5 different technologies that are used for this purpose: infrared, ultrasonic, laser, radar, and radio frequency.

How do footfall counters work?

A: Footfall counters measure the amount of time that a player spends in one specific area. This is then translated into points, which are used by gamemasters to help determine how long it will take players to complete objectives or find hidden objects.

How does the counting system work?

A: Beat Saber has a system that allows players to move their red light bands left and right in order to count the beats. In the end, you will get your songs length.

Which sensor is used to count people?

A: The sensors used to count people are the IR sensor and the proximity sensor. They are both located on top of the Beat Saber PS4